What Can You Do to Spread Courage?

Home / Leadership / What Can You Do to Spread Courage?

What Can You Do to Spread Courage?

Last week, I had the joyful experience of spending a few days with my niece and nephew, Monica and Sebastian. Being an aunt fills my cup and warms my soul. It never fails with these two that I end up learning something about myself or have a really meaningful interaction. They are wise beyond their years!

Part of our time together included a trip to Adventureland, a theme park in Iowa. One of the rides Sebastian was excited to go on was an original wooden roller coaster called The Outlaw. Monica had never been on a roller coaster and was quite nervous to go on it. But sure enough, she rode it and ended up loving it. A beautiful example of Playing Fully Brave!

Monica’s favorite ride is called the Storm Chaser. It’s a ride that lifts you straight up in the air to 250 feet and spins around at that height (this one still catches my breath a bit.) This time, it was Sebastian who was quite nervous to go on the ride. Heights are not his thing.

But an incredibly beautiful interaction happened after Monica showed her courage and rode on the Outlaw roller coaster. We got off and immediately Sebastian said, “Ok, because you rode this, I’m going to ride the Storm Chaser!”

Now, Sebastian had one caveat–he had to sit next to me on the ride. Once again, Sebastian ended up loving the ride and went on it again with a seat next to Monica. At 250 feet in the air, he even leaned back with his arms behind his head and said, “Wow, I could take a nap up here!” 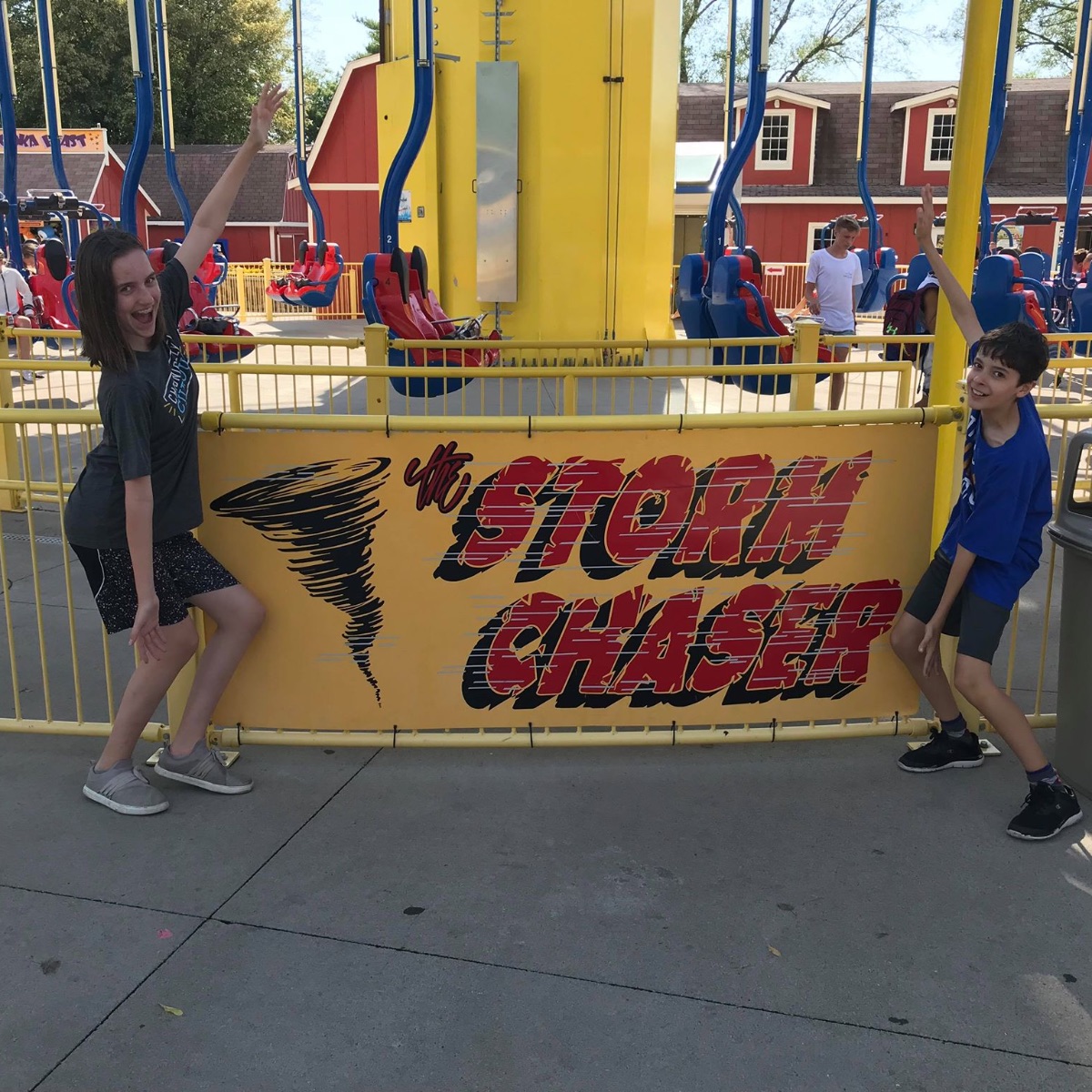 This experience sparked an idea in me that courage is contagious. Monica and Sebastian’s experience was one of collaborative courage. Because Monica was courageous with her roller coaster experience, it inspired Sebastian to do the same. She took a risk and created the space for him to follow.

In my own life, this has heavily applied to business ownership. I work closely with Project 7 Design, and have seen their business explode in a short period of time. They quickly expanded their team, which any business owner will say is a big risk. But it inspired me to do the same. Many business owners I follow aren’t just creating a sustainable business, they are taking steps to play at a bigger level. That involves a lot of courageous and risky decisions. But seeing them show up in this way inspires me to be courageous and play big as well.

I also see this in my work to free elephants with teams. You may recall a newsletter a few months ago about “Being the Only One.” So often when we speak up about a sticky or uncomfortable issue (an act of courage), someone else will immediately say, “Thank you for saying that. I also want to speak up about this.” One spark of courage can ignite an entire group to free elephants. It’s the kindling to a beautiful fire of positive change.

From a leadership perspective, think about what contagious courage looks like in your role and creating space for your team members to do the same. Perhaps it’s having an uncomfortable conversation, admitting you have blind spots, or confronting a toxic culture.

Courage is contagious. What can you do to spread more courage? We can continue to be our best selves by stepping into this more. Not only will it serve us, but others around us.

PrevUse Your Own Yardstick
NextDoes Your Impact Mirror Your Intentions?